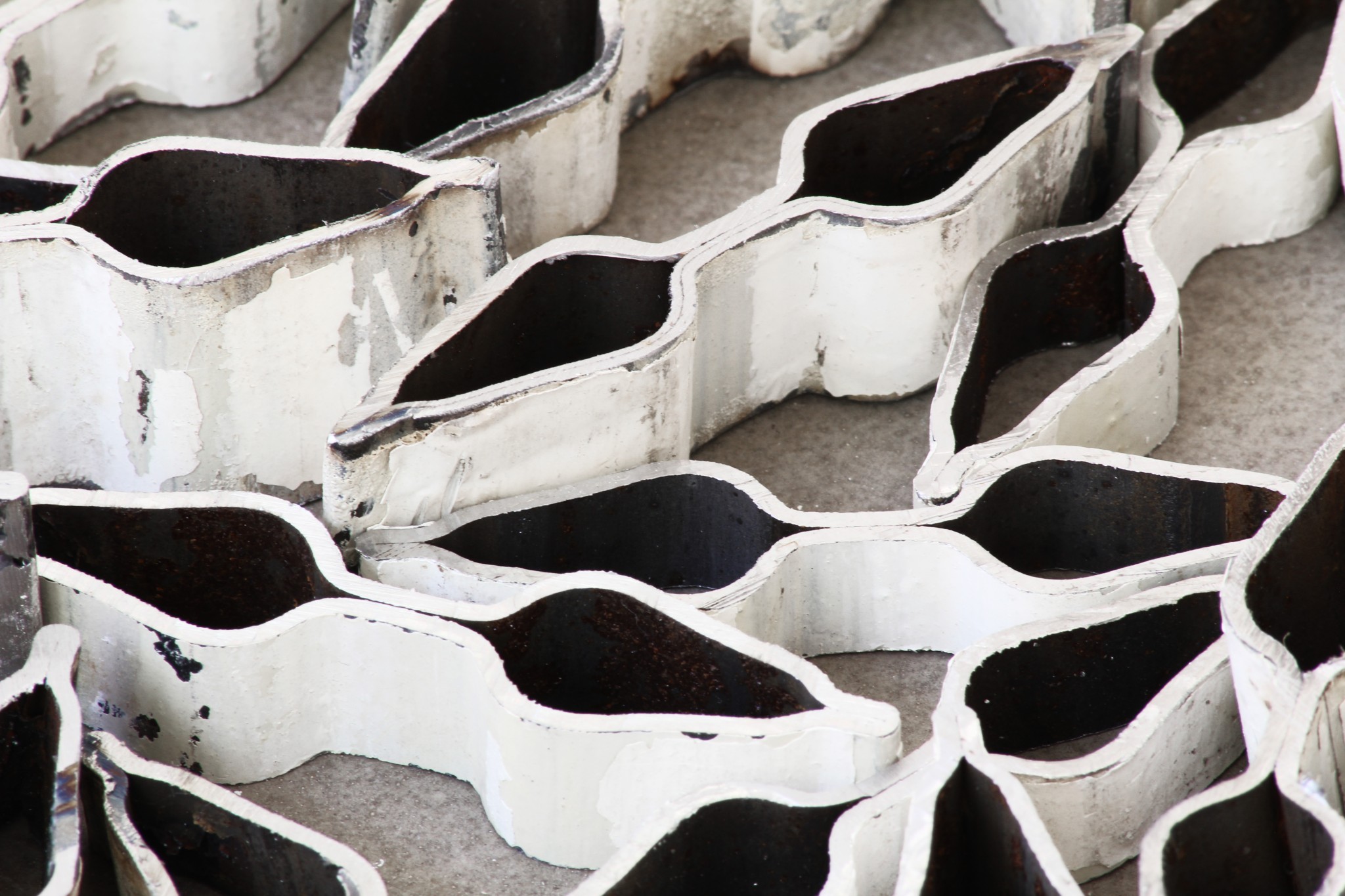 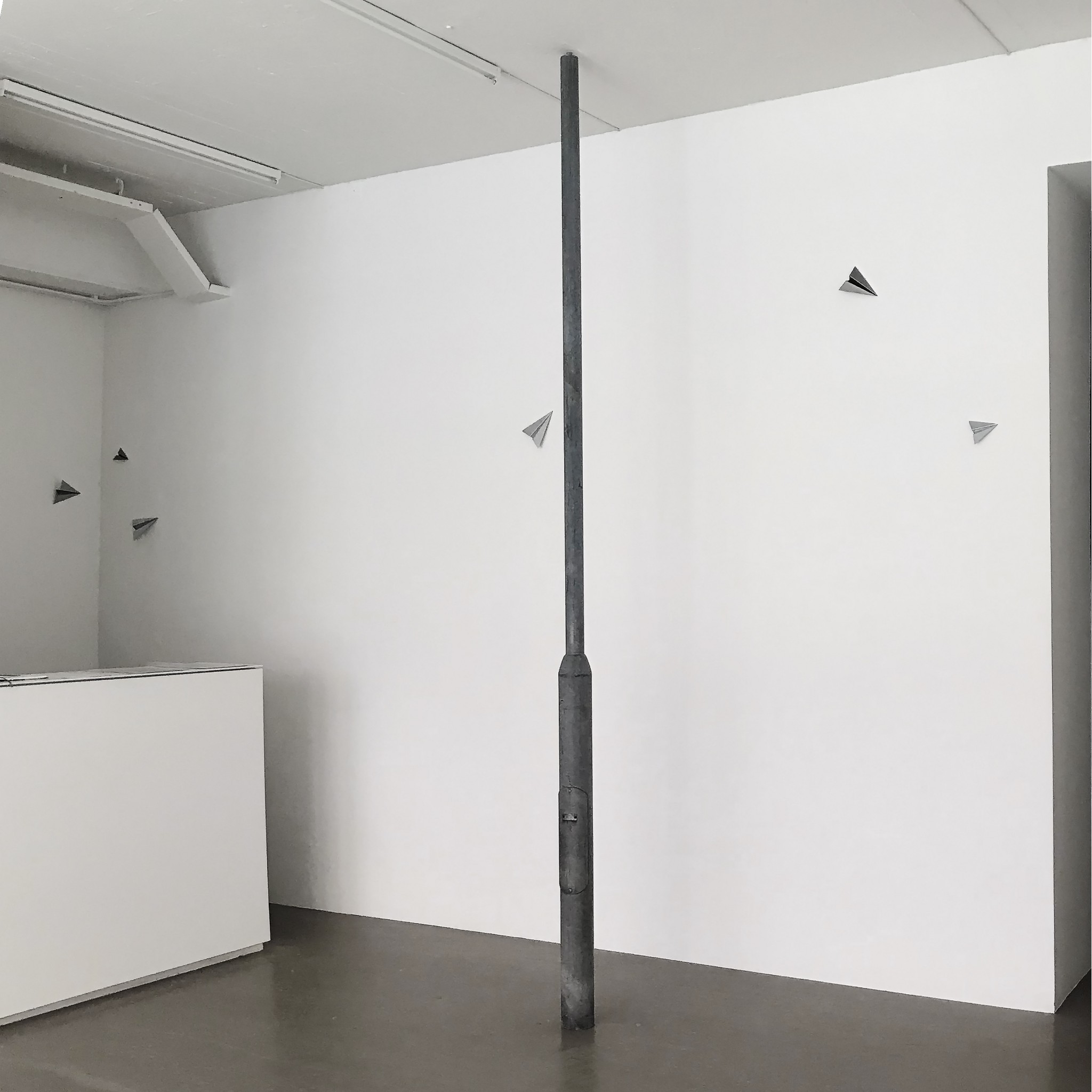 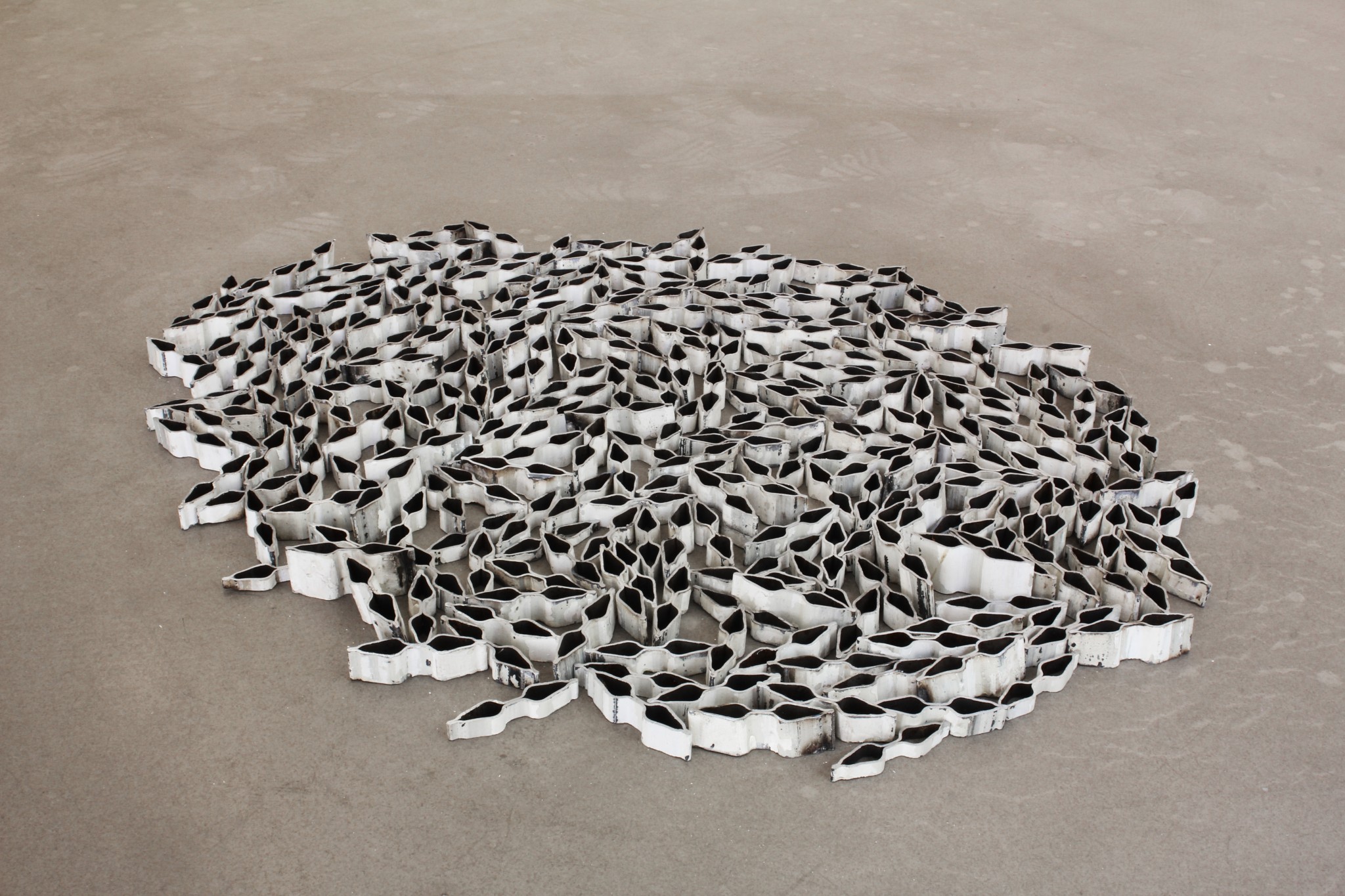 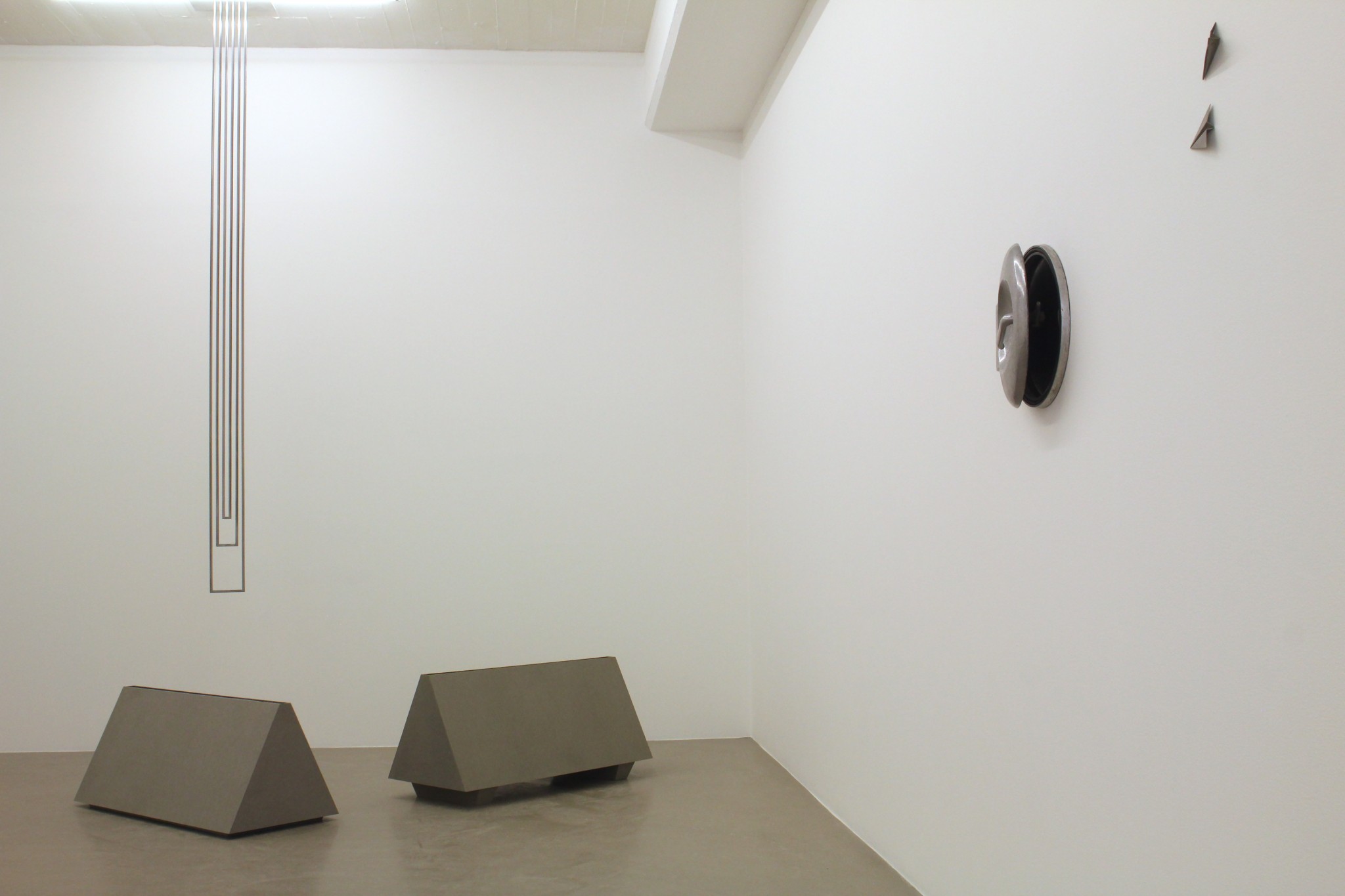 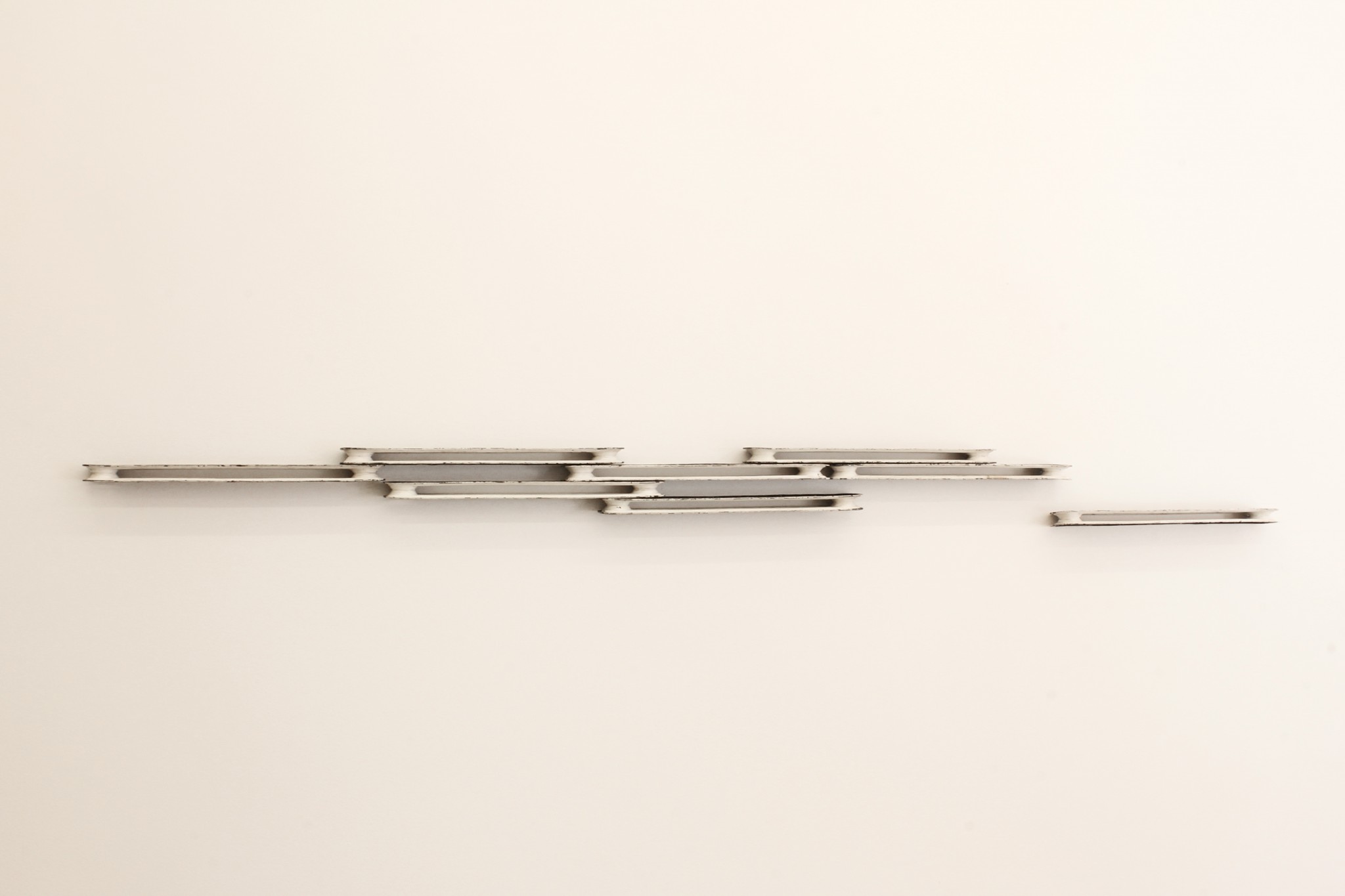 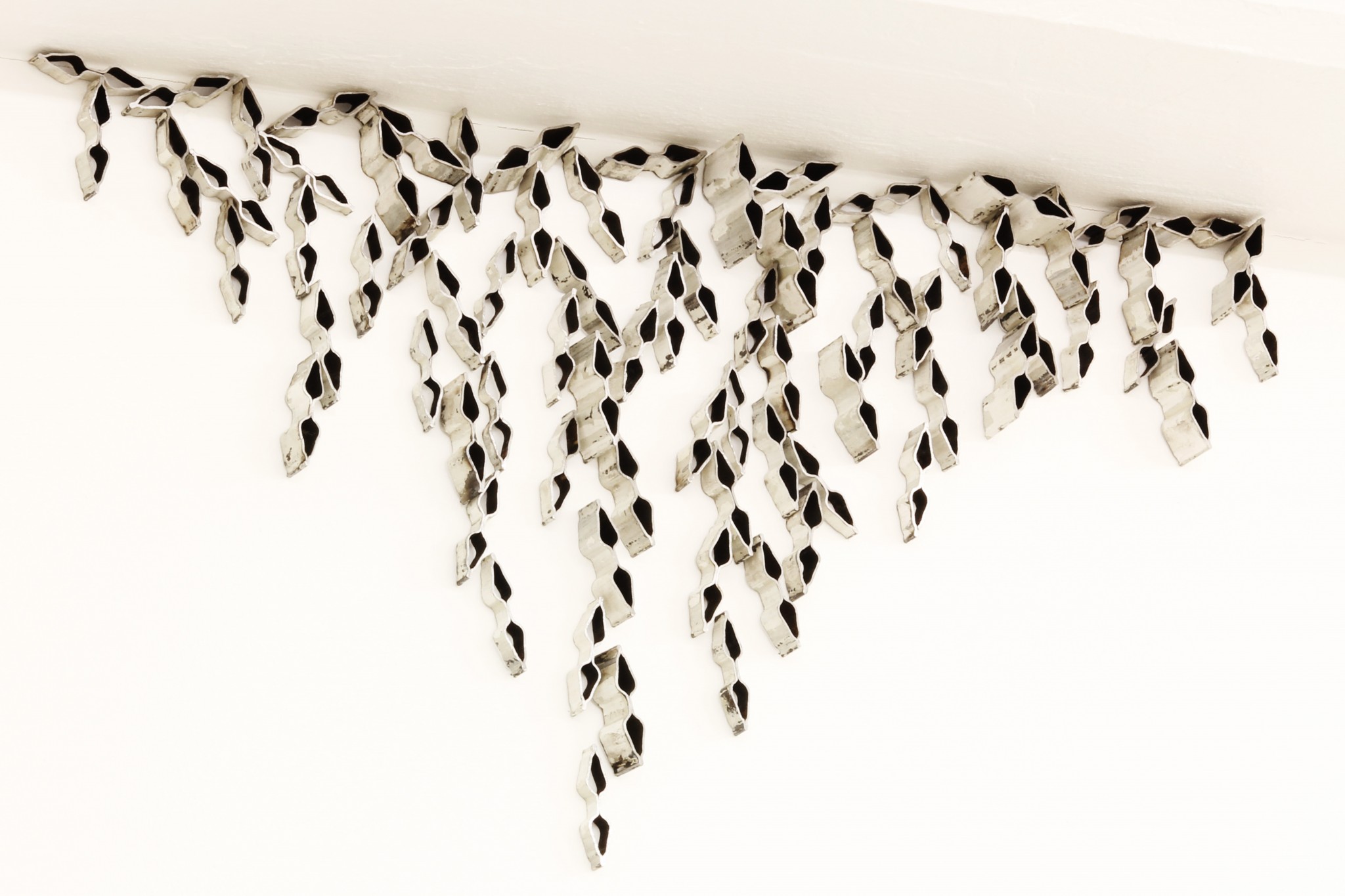 S.P.G has once again the pleasure of introducing an exhibition with Karin Alsin. As so often, several works are adapted to the gallery’s specific rooms. This is something that the viewer also experiences; the works let us see spaces in a new way which may not have been previously discovered.

Walls, ceilings, and floors give new perspectives of the rooms through her works, the poetic and fragile attention paid silently to them. Her work has previously worked the changing changeable, the sight of the gaze, the encounter with nature, life and death. The four elements of earth, fire, air, and water are also common in her work.

Karin Alsin mainly works with sculptural installations that are assembled by individual sculptures. In these, she brings in experiences and considerations from her own everyday life. In the exhibition “Of the moment” the city has for the first time entered her work. Remaining impressions of the moment stand as inspiration. Moments in the city, on the coast and in the borderland between coast and city. The idea, the shape, the material, the scale, and the room are, as usual, all equally important parts, which interact and form the whole.

“From the moment” will be Karin Alsin’s fifth solo exhibition in the gallery. She is born in 1969 and lives and works in Stockholm. She is educated at the Royal Academy of Fine Arts in Stockholm and at Hovedskous’s painting school in Gothenburg. In addition to previous solo exhibitions at S.P.G (2009, 2011, 2014, 2017) she has exhibited at b.la. Konstnärshuset, Konstepidemin, and Kulturhuset. She is represented in collections at the Swedish Art Council, the Swedish Art Society (SAK) and in the Arts Council’s art department in Gothenburg, and private collectors.